What is done is done. Now, it is time for Facebook to take ownership of what happened, and prepare a plan to both handle the current crises and mitigate the risk of this ever happening again.

Facebook Needs a Fully Committed and Accountable Team to Get Through This Crisis
Many years ago, at a meeting of software company executives, I heard how everybody was so surprised about how much data could be had from Facebook if you were developing apps in their environment. They could not understand why the tech giant allowed such openness and lack of privacy. Speculation ranged from the simple “they really do not know what they are doing” to the nefarious “it is part of a grand strategy to grow and dominate the world.”
Whatever the reason was, I deleted my Facebook account after that meeting and I have not had one for 10+ years.

So, here we are today. Cambridge Analytica was able to gain full access to data for 50+ million of Facebook’s users. When I first heard about this, I was not really surprised.
What has been interesting is how Facebook has managed the incident. It is a well know fact that crises like this must be dealt with head on and immediately. Silence is never a good approach because you loose control of where things may go. Nevertheless, this has been the strategy that Facebook has taken so far. What should they have done instead?

An approach this is almost always successful is the implementation of a simple strategy that explains what happened, what steps are being taken to address the current breach, and what steps are being taken to make sure this does not happen again. Like they say, openness is always the best policy because the truth tends to find its way into the light.
So, is it already too late for Facebook? Has this situation already spiraled out of control? Not yet, but it is close.

So, what needs to come next? Careful planning and flawless execution. Facebook certainly has the resources and the talent to flawlessly plan and manage its way out of this crisis. But it needs to get ahead of the discussion. It needs to lead it.
During such critical periods, putting together a committed team with a strong sense of accountability will be the difference between success and failure. So, how do you drive accountability in such critical instances? 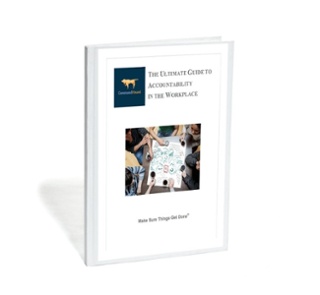 Download CommandHound’s Ultimate Guide to Accountability in the Workplace to learn more.