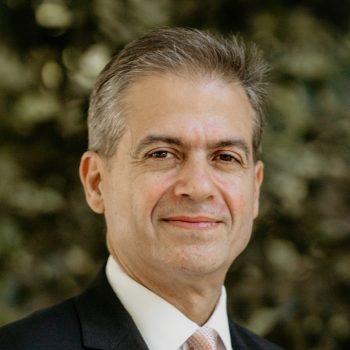 Mr. Rene Larrave has over 25 years of entrepreneurial and management consulting experience in areas that include business strategy, operations, business process redesign, and information technology in a variety of industries including financial services, retail, telecommunications, manufacturing, utilities, energy, hospitality, high tech, and entertainment. Throughout his career, Mr. Larrave has advised some of the most influential corporations in the world.

Prior to his entrepreneurial ventures, Mr. Larrave was a management consultant and management team member with Booz, Allen & Hamilton and Deloitte Consulting in both their London and Dallas offices. He has held Computer Science, Electrical Engineering, and Business Administration teaching positions at the University of Texas (UT) at Austin, Monterrey Institute of Technology, and, currently, at Southern Methodist University (SMU). He is, or has been, a member of the Young Presidents’ Organization (YPO), the Young Entrepreneurs’ Organization (YEO), and the World Presidents’ Organization (WPO) and is a member of the board of directors for a number of for-profit and non-profit organizations.